My take on the offseason

Who knows key pivot guy is Bulaga, very tough call. There are big injury issues here and he is unlikely to play another 5 years, but how much is left and what does it take. He had a really good year. My guess is someone will pay him at least 39M for 3 years. I think if the Pack are in won’t be for more than 2 years guaranteed and 10M a year, so tough to call. My guess is he might be gone. Tough to say no of Know.

If Bulaga stays Linsley gets cut, his cap no given his play is too high. He might get cut anyway but more likely if Bulaga stays.

Martinez is done in GB, as are Graham and Taylor.

Tramon is a coin toss depending on price he could go though.

Crosby depends on price and length. Guessing he stays.

Bulaga is the pivot.

I think they are likely to be a little more active in FA than people think, but will trade out of round 1 for a 2 and 3. So I am sure probably wrong and they move up in 1 for a QB​:joy:

Bulaga IMO does not fit the blocking scheme.

Martinez imo doesn’t fit the defense. Martinez was a tackler after he got hit. They need a guy who hits and tackles coupled with some coverage skills.

Yeah tough call on Bulaga, I think he likely gets a 3 year 39 M deal offer. I wouldn’t go 3 years and wouldn’t go that money. 2 years @20 might be a stretch… there might be fa options hearing a couple of names.

Martinez try hard guy and it is no fault of his. Just not a fit. 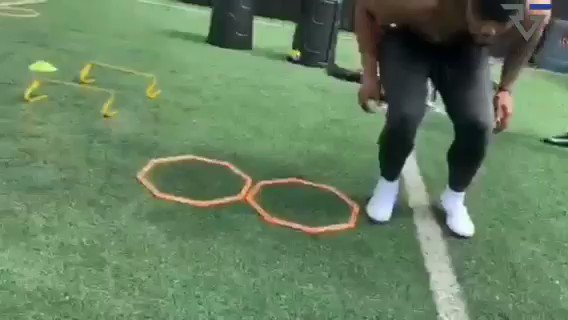 Line em up and I'll knock em down. That's all I ever ask!!! #TrenchRential #BaneGary #PutCheeseOnEverything🍽🧀 #JustDoIt #GoPackGo We don't own copyrights to this music. https://t.co/uHO6GUP7Os

Gary looks like he slimmed down. He might be moving to middle linebacker. But still we need more at lb and dL in the middle.

Right now He looks skinnier and lanky. Instead of thick

He is wearing sweats so maybe 265-270. Went back and looked at combine workout, could be less thick in ass and thighs, but tough to tell. He looked to me this season to play at 265 and looks 265 to me here, so that would be 12 Lbs lighter than at 277 combine weight.

Those aren’t lb drills, those are hand fighting pass rush drills. Can he move around and rush from inside … yes. Does he have ilb short area quickness to drop, not really. More important it would be a waste of what his strength is and what they are trying to accomplish.

Usually when you notice a difference, it is a 20 to 25 lb loss of weight. With this style of defense, it is imperative that it has a Ray Lewis style ILB.

Wolf always kicked himself for not moving up a couple of spots to draft Lewis…different size, and short area quickness…

Quarterman is similar in size and has some strength but he isn’t Lewis. Will be really interesting to see how he performs at the combine…

My view point is that they need to put in the best bandage ATM because they don’t have what is needed. Quarterman would be interesting as a prospect.

I am not a big Queen fan , I really like Murray. To me Quarterman in 3 would be great value, some upside there.

Who knows. I think the kid from Colorado is very intriguing Shenault. He is exactly what Rodgers needs, big time beast with the ball in his hand the fixation with the bomb and some of these speed guys is way off. 10 days from now the rumors will be thick. OT could figure prominently…

I think that the best player will be taken in the first give who is available. Maybe a top 15 talent will drop due to some last minute off the field issue and run on QBs. I think that Shenaults best quality is his frame that is built for a hit. Allison and ESB are not built for taking hits which limits them to being mostly effective on the sideline. Shenault looks like a taller Cobb.