After a big win against the Cowboys the Lions area the Packers next challenge on Monday night. Is this going to be the first time this year the Packers play all 4 quarters?

Night of the goose egg so far

No one on the Packers is even awake yet. Lions are already up by 10. WTF is up with pure white home uniforms…

The offense finally scored with luck. Maybe it gave the defense time to figure it out.

Pretty cool that they got Brantley Gilbert to do the halftime show.

So far the only guys doing a decent job are Rodgers and Williams. Jones has had a rough night, and we’ve committed a couple turnovers. We are lucky to only be down by 3 early in the 3rd quarter. The worst part is we were already missing Adams, then MVS goes down as well as Allison. We have already had a number of dropped passes. It’s not going to be easy.

Heading into the 4th down by 6. If we don’t come back that Special Teams fumble by Shepherd will be the obvious turning point. We scored 13 unanswered points and got Detroit off the field with a nice 3rd down sack only to give them the ball back. At that point we gave up 2 FG’s and are now in desperate need of a score on this possession.

Detroit isn’t beating us. We just can’t do anything right. 2 possession game now.

Beneficiaries of a bad call allowing us to keep possession rather than punt and we get a much needed TD to cut the lead to 2.

To play this sloppy and only be down by 2 is a gift we simply can’t let slip away. We need to steal this game away from Detroit in the next 9 minutes.

Well kudos to MLF to making the smart calls at the end instead of just scoring and allowing the Lions a chance.

ESPN is going all politically correct BS against the Packers saying the Packers got hands to the face that didn’t happen (which they did). Where was the outrage the previous weeks when the Packers were the victims of the same call?

Better lucky than good sometimes. We were awful in this game, but Detroit had to settle for FG’s and it cost them. We were afforded some favorable calls that kept us in the game and we pulled it out in the end. That said, if we didn’t make so many mistakes we would have won this easily. You have to tip your hat to Detroit. They are a scrappy team and they played hard. Stafford is underrated in this league, and they finally have a defense to help him out. We were able to stop the run tonight and that was big. Lazard was huge in that 4th quarter.

Lazard is TE sized and can catch

With winning half of the division games (all at this point), the Packers are half way to a playoff appearance.

For all the Lion fans in the media crying, it was the right call on both of them.

He was going for the face each time and also grabbed Baks hair. 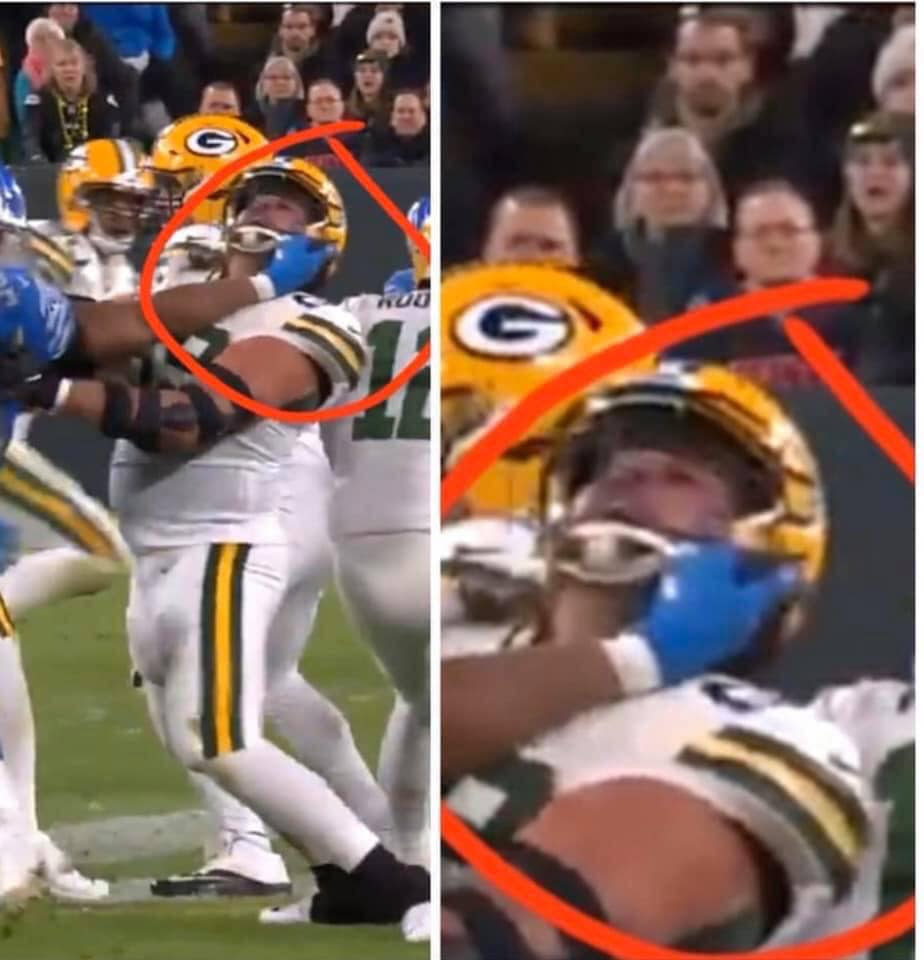